just before I come to stay here in Izmir, I spent my last two months in Thessaloniki accompanying a road musician in her effort to make some extra money. In Greece of crisis, in Greece of 60% of youth unemployment, I shared with her the feelings of disappointment, beggary, creativity and ecstatic joy of road music. I shared all those feelings that she drew from this very first experience on the roads of music, only to arrive in Izmir and find out that here, road musicians are under persecution by the police. Sure enough, music has never stopped being used as a means of resistance to power; from the French Revolution in 1789 to May '68, from the October Revolution in 1917 to the “Which side are you on?” of the resisted minors in Harlan County; from the antifascist “Bella Ciao” of World War II to the songs of the Carnation Revolution in Portugal of 1974.

In order to understand why music is being repressed nowadays in all of its public facets, we only need to see that road musicians and road music have the power to upset deeply rooted values in the way we perceive not only art but also public space. Thus, road music produces a political weapon capable enough to express collective and anti-regime values.

Light in Babylon-street band in Istanbul

So, what road musicians do is that they extract music from the narrow bounderies of the private, of the indoors, whith the informal rules of dressing and conduct and the paid ticket and locate it back in the public space, completely free for everyone. The concept of property is being undermined, begining with the employer-employee relation, while art is being reinstated in public space, not as a space-based concept, but rather as a sociocentric notion. And somewhat in this way, the musician leaves the safe and designated powerful position of private space and exposes herself irregularly to the passengers' judgement, creating, from this impotent place, the preconditions for a more democratic disposition of music. And since public space belongs to everyone and, at the same time, to noone, the audience is invited to discover, in its everyday life, sounds that converse with the historical and social environment of the city, challenging us to rethink the nature of public art, as a potential political action. A political action that resists to the unfreedom of expression, to repression, to  privatization of public spaces. It invites us to picture our city afraish, as a fluid, direct and hybrid space of the joined expression of the human (music) narrations, within the reality of contemporary cities and to link this procedure with the art of music.

At the same time, road music represents a voice of resistance against the degeneration of art. Since there is a lack of a serious cultural policy, which would be human and social-oriented, providing funds and resources for such purposes, market conditions have been imposed on art as well, creating representations of a commercialized art, whose worth is exchangeable. As long as the national musical ensembles beg from the state, in order to survive; as long as bank and corporate sponsorships have become the major agents of music production; as long as the music that is being promoted is the mass music which sells, art remains an elitist, private, commercial and apolitical process, that leaves the needs of the public uncovered, while serving the brinkmanship of the music industry corporations. 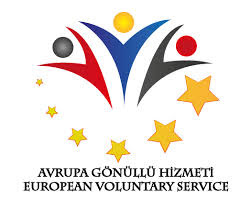 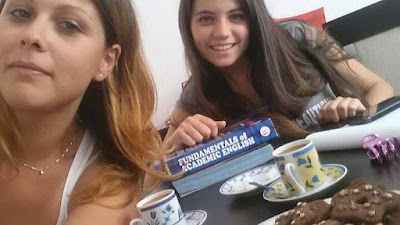 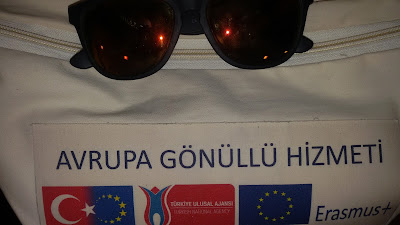 From 9 to 13 of june I took part to EVS  on arrival training in Izmir. We were 42 volunteers from all Europe, mostly of them are doing or are going to start EVS in Ankara, Istanbul, Antalya, Mersin or Gaziantep. The goal of on arrival training is to provide volunteers with tools and information they might need during the project; it is about to inform  rights and responsabilities and introduce us to the social and culture realities  of the country. In this five days we had different sessions and we discussed about different topics to make better understand what EVS is. The four trainers introduced all the EVS aspects  throught non-formal education and we spoke about the role of Hosting organization,  sending organization, coordinating organization and National Agency . They explained about the financial management of the EVS project, gave infos about the Country (Turkey in this case) and made games for team building  activities  for the group